Bipolar disorder is a mental illness that lasts for a lifetime. People who have bipolar disorder experience a two episode “swing mood” that very perceptible. On the one side, they would feel too happy and excited that is very unnatural. On the opposite side, they will experience episodes of very sad, desperate, and hopeless, also with unnatural way. Then, perhaps, you also heard the term of manic depression. People often associate it with bipolar. It may appear a question in your mind, what’s the difference between manic depression and bipolar ?. 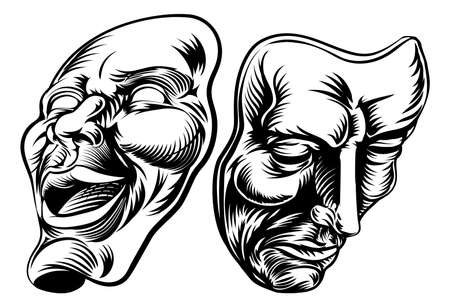 In extreme cases often found the desire to commit suicide. It usually happens when the summit episodes of depression. Those around the sufferer must be aware of moments like this. Usually you will see this sign in a sufferer begins with changes in eating, sleeping, and activity patterns, isolating themselves, talking about suicide, the hopelessness, helplessness, or acting recklessly, taking more risks, having more accidents, abusing alcohol or other drugs, focusing on morbid and negative themes, talking about death and dying, crying more, or becoming less emotionally expressive, and giving away possessions as the last.

The Difference Between Manic Depression and Bipolar

Nowadays, mental health practitioners had agreed to use the same term to refer to that disorder. They agreed on the term of bipolar. So manic-depressive was an old name for bipolar. Its substance was the same, just different terminology. Also needs to be emphasized here, the first term was manic-depressive instead of manic depression indeed. So now it was clear that the difference between manic depression and bipolar indeed never existed.

You should not be too hasty to claim yourself or other people suffering from bipolar disorder. Enforce a diagnosis of this disease requires a relatively long time. Besides, who did it should be mental health practitioners. When you are suspicious that your loved ones are suffering from bipolar, point and accompany him or her to meet a psychologist. It should be done when encountering a psychiatrist is considered shameful. The psychologist will do the appropriate action if your beloved or yourself needed further treatment along with a psychiatrist.

I have a post on this blog about how to deal with bipolar sufferers. You can read it here. You can also read signs and symptoms of bipolar disorder on another post. I suggest you to perform the medically handling as soon as possible. We should eliminate the embarrassing feeling of suffers from this disorder. I have been also experiencing it. It is better if we soon recovered and productive again as a human life.